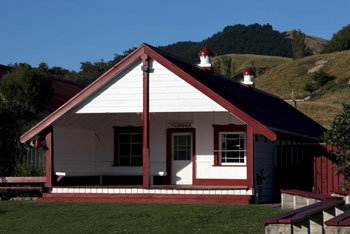 An upcoming hui will give the Hawke’s Bay community an opportunity to define what kaitiakitanga looks like for Cape to City.

Cape to City began in 2015 as a collaboration between the Hawke’s Bay Regional Council, the Department of Conservation, Landcare Research and Cape Sanctuary under the Hawke’s Bay Regional Biodiversity Strategy. The initiative’s mission is to see “Native species thrive where we live, work and play” on 26,000 ha of land between Hastings, Waimarama, and Cape Kidnappers.

The kaitiakitanga hui will provide a platform for participants to learn more about Cape to City and its sister project, Poutiri Ao ō Tāne, with a focus on developing and promoting Māori engagement.

This event is taking place at a critical time for Cape to City. The project has garnered national attention as a result of the Government’s predator-free New Zealand initiative. Engagement with Māori and members of the general public will help Cape to City’s programmes grow in ways that best suit the needs of the Hawke’s Bay community while also establishing a blueprint that can be used for future conservation projects.

“Iwi and Hapū have maintained kaitiakitanga over Te Matau a Māui (Hawke’s Bay) for centuries,” says Bayden Barber, Waimārama Māori Committee chair. “Māori involvement in Cape to City will encourage that guardianship to flourish in ways that recognise the connectedness of the landscape and benefit the wildlife and communities that live here.”