Hawke's Bay shows NZ how to do biodiversity 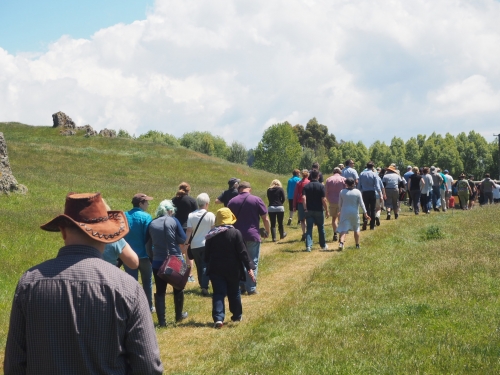 Hawke’s Bay has shared with the rest of New Zealand what the future of biodiversity and predator control could look like at a three day conference held here in Napier.

More than 280 of the best and brightest from the sector descended on the city’s conference centre to partake in Transforming Biodiversity: Challenging the Boundaries.

Warmly welcomed by Tangata Whenua and hosted by ground-breaking and collaborative large-scale ecological restoration projects Cape to City and Poutiri Ao ō Tāne, the attendees learnt that engaging the hearts and minds of people is as important as the technical solutions to the common goal of a predator free and biodiversity rich New Zealand.

Project Ambassador Ruud Kleinpaste spoke first to the crowd about just how important the work they were undertaking was for New Zealand.

“We are losing stuff before we can even describe it and I think that is absolutely appalling,” he said.

“We (humans) are only 200,000 years old and we are like a toddler playing with matches. No wonder we are making mistakes fitting into this generous ecosystem.”

He echoed conference MCs Te Rada’s words about the importance of storytelling. Telling stories that connect the community to the environment is critical to society understanding it’s role in the environment.

Des Ratima talked about Māori being perfect partners in biodiversity restoration, but that we need to understand Māoridom better in order to effectively engage and partner.

Department of Conservation Director of Operations for the Lower North Island Reg Kemper said now was the right time to transform how we tackle the biodiversity challenges we face, because there has been a shift in the community and policy towards environmental thinking.

He said that this shift is evident through initiatives such as Predator Free 2050.

Predator Free 2050 Chief Executive Ed Chignell said the goals to eradicate New Zealand of possums, rats and stoats was not only long term but ambitious.

“The world is watching,” he said.

“[Because] if we achieve this and I believe we will then they [other nations] will follow our lead.”

Mr Chignell also spoke highly of Cape to City and Poutiri Ao ō Tāne saying it was what New Zealanders doing it for themselves looks like.

“But there is still work to do – there is no silver bullet – we need a diversity of solutions to combat that,” he said.

Which is why Cape to City and Poutiri Ao ō Tāne bought the biodiversity practitioners together so they could pool their knowledge and produce such solutions going forward.

“Having attended a few conferences across the years I don’t think I have ever had a conference described to me as ‘inspiring’…and that was amongst the range of really great feedback we have received,” he says.

After two days of talks the participants ventured out to see what was talked about in action – visiting the Cape to City and Poutiri Ao ō Tāne predator eradication sites.