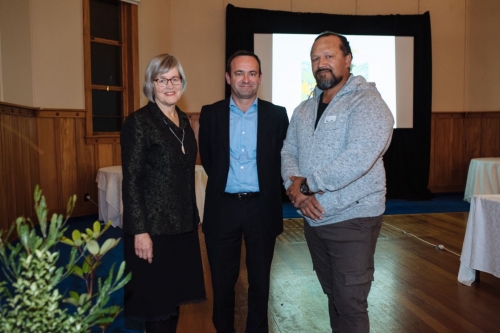 A project aimed at creating a Predator Free Hawke’s Bay has been launched in Napier tonight (5pm Monday 2 July 2018) with the announcement of a $1.6 million kick-start in funding from the Government.

Hawke’s Bay is the latest region to get behind the country’s goal to become Predator-Free by 2050.

The first phase of the $4.86 million project will focus on removing possums from 14,500 hectares of land on Mahia Peninsula within four years, as an initial step towards ridding the region of predators.

The knowledge gained in Mahia will be used to develop a low-cost farmland control and eradication model applicable to other areas of the region and New Zealand.

Hawke’s Bay Regional Council is investing $1.17 million in the project and Chairman Rex Graham says eradicating possums from Hawke’s Bay is both ambitious and realistic.

“We believe we can reduce the cost of rural predator control by more than 50 percent through smart technology and project design, and with landowners’ help I’m confident we can remove them from our landscapes,” says Mr Graham.

“The Regional Council is committed to building strong partnerships and this project is all about working alongside iwi, local and national organisations and the Government to achieve common goals,” says Mr Palmer.

The project builds on the success of the Cape to City and Poutiri Ao ō Tāne projects, which have so far delivered more than 34 thousand hectares of innovative farmland control of possums, mustelids and wild cats, including wireless trap monitoring. An important element of these projects is the strong relationships that have been built with local iwi, as well as hundreds of landowners, schoolchildren and teachers.

“This project gets us started on the East Coast and enables new innovation and approaches that will be essential for our national predator free goal,” says Mr Chignell.

Predator Free 2050 Limited was created in 2016 to enable co-funding arrangements with councils, philanthropists, businesses and other agencies for large landscape predator control and eradication projects and for breakthrough science.

Last month Predator Free 2050 Limited announced funding for a predator-free project in Taranaki and the company expects to make further funding announcements in other parts of New Zealand over coming months.