Moving from predator suppression to eradication requires huge adaptability in your planning and mindset. Innovation and adaptability becomes the name of the game, and for the Whakatipu Māhia team it’s resulted in some truly number eight wire innovative solutions.

Hawke’s Bay Regional Council’s first forays into landscape scale predator control began a decade ago with the Poutiri Ao ō Tāne project, followed by Cape to City in 2015. Following the announcement of the Predator Free 2050 vision and associated funding, the largest mainland farmland possum eradication programme Whakatipu Māhia - Predator Free Māhia - was launched in July 2018 with on the ground work kicking off in March 2019. 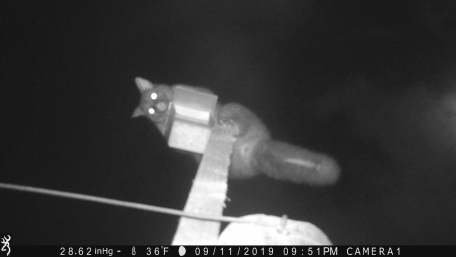 The main tool to initially reduce possums is an intensive sentry bait station network aimed at 1 bait station per hectare. Starting at the southern tip of the peninsular and working in a rolling front northwards the team encountered their first barrier – no habitat. Certainly not enough to achieve 1 bait station per hectare. The solution was to attach battens to existing fencelines in order to install the bait stations. There was some reservations whether this would work but trail camera footage has shown that both possums and rats readily access these stations, while keeping out of reach of curious stock. 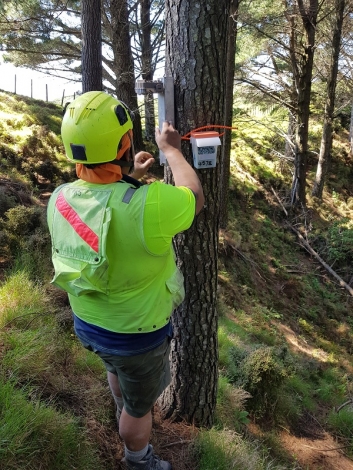 Forestry blocks presented the complete opposite challenge – plenty of trees, but bait stations couldn’t be nailed to them because they would mark the trees. The team had to use bait stations secured with bungee cords, so as not to mark the trees but still strong enough to hold the baitstation in place. An additional benefit is the colourful bungee cords offers a visual aid around the entire tree, attracting possums from all angles. 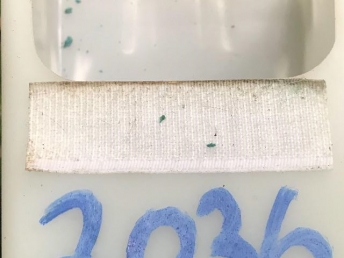 With any bait take the question is: possum or rat? Apart from the fact that rats tend to leave behind tell tale sign all through the bait station there was otherwise little to tell which species had been eating the bait. A small strip of white velcro attached to the front of the bait station was a simple way to collect dirt and hair from the animals giving the team further indications of what was accessing the bait stations.

Following the bait station layout, a variety of trapping networks are installed. Wirelessly monitored legholds are our key monitoring tool to determine if any individuals remain after knockdown. This network is infilled with lured trail cameras in more inaccessible locations – about 100 of them. PodiTRAPs and wirelessly monitored cage traps are installed to target feral cats and mustelids with the aim to reduce numbers by 90%. Mop up tools for remaining possum individuals includes night shooting with thermal cameras, possum master traps at key locations, and detection dogs. 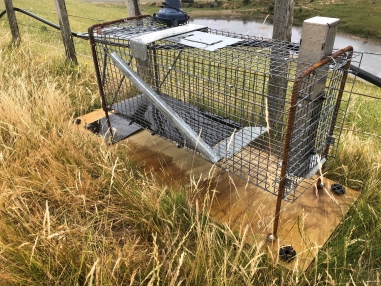 Hedgehogs, as in many places around the country, are the most commonly caught species. While they have their own impacts, they do tend to clog trapping networks, particularly labour intensive live capture traps such as cages . To get around this the field team raised cage traps on legs to prevent hedgehog access but allow access for our target species . Hedgehogs are still caught in podiTRAPs, but checking this kill trap network is less critical than live capture traps which need to be checked each day.

Whakatipu Māhia is about to enter an exciting phase, monitoring for proof of freedom from possums in Phase 1, a 5500 hectare area. Manaaki Whenua – Landcare Research modelling suggests that our network requires eight weeks of zero possum detections to reach 95% confidence of achieving this goal. Any detection effectively resets the clock, and the eight weeks begins again.

We’ve put together a neat 3 minute video with plenty of drone footage that gives a nice overview of the landscape at Māhia which really puts the project in a bit of perspective!

As a side note, the the line up of tools and techniques currently being funded for development by PF2050 Ltd makes for impressive reading – and some excitement for tools that will be available in the near future. 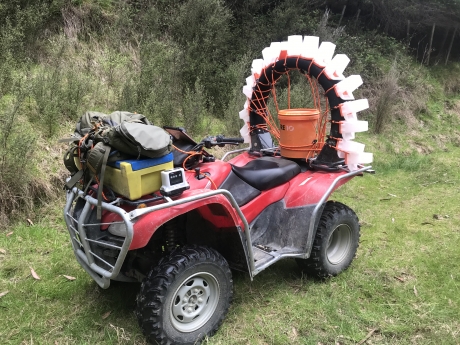 This article was first published in the Summer 2020-21 edition of Protect, the magazine of the New Zealand Biosecurity Institute