Counting manu at Cape to City 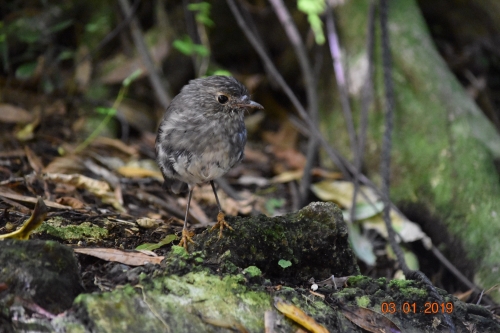 The count aimed to find out if the trapping programme at Cape to City was having an effect on surrounding areas, as well as finding out bird abundance variation between the three areas. It followed ‘baseline’ counts done in 2015 and 2016 in the same areas.

The baseline counts showed that native bird abundance and diversity was generally higher in Cape Sanctuary than the Cape to City footprint and non-treatment area, due to Cape Sanctuary’s intensive predator control and species translocation programmes. It also showed that native birds were generally most plentiful in indigenous forests and shrublands, while a change in abundance of birds varied between species and location. 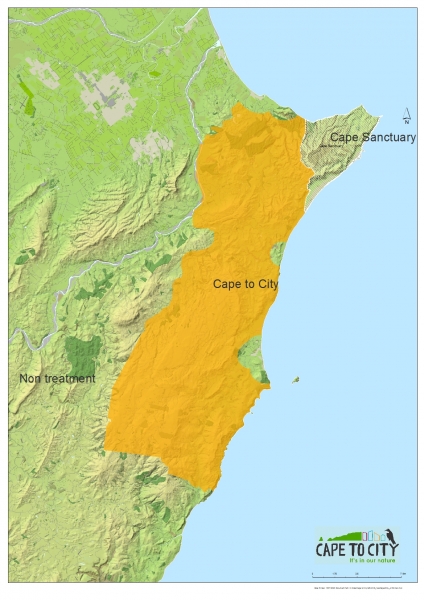 This count follows 18 months of extensive predator control, including rat control in some forested areas, and a translocation programme aimed at re-establishing toutouwai/robins and miromiro/tomtits in the native forest at the south of the footprint. It evaluates whether any effects from the Cape to City programme are beginning to show.

Generic changes were seen in both native and introduced species, such as increases in silvereyes and magpies and decreases in kingfisher and greenfinch. Specific changes in abundance, limited to certain areas or habitats, were much more common than generic changes, such as in Cape Sanctuary where amongst the parrots, kākāriki increased but kākā declined; and amongst the honeyeaters, korimako/bellbirds were stable but tūī declined.

Within the Cape to City footprint, toutouwai, tūī, korimako, pīwakawaka/fantail, riroriro/grey warbler and titipounamu/rifleman increased. The growth and expansion of the toutouwai population was particularly spectacular, thanks to the combination of predator control, natural dispersal out of Cape Sanctuary, and a successful translocation programme. However, miromiro, pōpokotea/whiteheads, and kākāriki did not increase in the footprint, possibly due to logging in 2017 and 2018 which reduced habitat for a number of species.

The count showed that bird abundance within the three counting areas is highly variable, in part because of the species management programmes in both Cape Sanctuary and the Cape to City footprint, and because of an unknown natural change. The results highlight the value of the non-treatment area, and its role in distinguishing natural abundance changes from management-induced ones within the footprint itself.

The report notes that it is difficult to determine the overall success of the Cape to City programme due to the limited habitat, as shown by the count. There are only a few places in the footprint where native birds can live, something that will take a long time to remedy.

The next counting round will be in around four years, giving slow-breeding species sufficient time to respond to predator control.