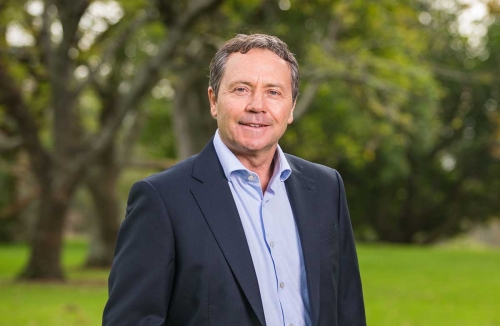 Chignell founded Treescape New Zealand and has spent 37 years with as co-CEO. The company specialises in tree, vegetation and environmental management and is a trans-Tasman company with more than 500 employees.

Board Chair Jane Taylor says Chignell has the perfect credentials to guide Predator Free 2050 Ltd, which is responsible for managing and leveraging $6 million a year of the Crown’s investment into ridding New Zealand of possums, rats and stoats by 2050.

Chignell says that throughout his career, he has always been keen on the environment and conservation. “I’ll be looking to bring the required skills of collaboration, coordination and development to take Predator Free 2050 Ltd towards the goal of eliminating all possums, rats and stoats in our country.”

Noting that there are multiple agencies and community organisations involved in predator eradication, Chignell adds that Predator Free 2050 Ltd will work to draw these stakeholders together. His focus in the first six months is to meet with all key players, stakeholders and organisations currently doing work and research in this field, while also meeting with philanthropic companies committed to NZ’s biodiversity.

However, he also stresses the necessity of every Kiwi getting on board with the programme.

“An estimated 25 million eggs or chicks of native birds are killed by introduced predators every year. That’s a huge number and it is the path to extinction for many of our endemic bird species. In turn, those species are indicative of New Zealand’s total biodiversity; if they are under threat, it means all our fauna and flora is under threat. This makes the task ahead a crucial one for all New Zealanders.”

“Although the Board first met in January, we’ve already made major headway with our busy work programme, so Ed has a lot to get his teeth into.

“We now have a draft science strategy to develop the breakthrough technology needed to achieve a predator-free New Zealand, which we plan to make public later this year.

“We’re also developing a strategy for managing additional Crown funding for large-scale collaborative predator control projects and expect to announce our plans for identifying, selecting and funding suitable projects as the year progresses.”

Chignell says that while the task ahead is a daunting one, he believes it can be achieved. “When Edmund Hillary first took on Everest, that was an impossible ask. But it proved to be achievable and I believe our goal is similarly possible. But it will depend on everyone pulling in the same direction.”

For more information on Predator Free 2050

Predator Free 2050 is an ambitious programme launched by the Government in July 2016 to rid New Zealand of our most damaging introduced predators – possums, rats and stoats – by 2050.

The aim is to protect our threatened native species and benefit our regional economies through primary industries and tourism.

This New Zealand-wide goal will require new technologies and a co-ordinated team effort across communities, iwi, and the public and private sectors.

The Crown has committed an extra $7 million per year of new money towards predator (possums, rats and stoats) control and eradication.

Predator Free 2050 Ltd will receive $6 million per year of this funding and will leverage it to attract additional investment from the private sector, philanthropists, and local government.

When leveraged, the new Crown funding is expected to result in an extra $12 million of support annually for significant predator control over large areas of land, and an annual $3 million for breakthrough scientific research into predator control and eradication.

The remaining $1 million of new Crown funding is being managed by DOC. Projects to improve current predator control tools and technology will receive $700,000 from the new funds and community support another $300,000.

Currently, approximately $70m a year is spent on predator control by DOC, OSPRI and councils. Over the 34 years from 2016 to 2050, this totals approximately $2.4b without including volunteer and philanthropic contributions. The new leveraged funding adds an additional investment in projects and research of approximately $600m, bringing the total programme value to more than $3b over 34 years.

The Predator Free 2050 Ltd Board

The Predator Free 2050 Ltd Board consists of:

Predator Free 2050 is an ambitious programme launched in July 2016 to rid New Zealand of our most damaging introduced predators – possums, rats and stoats – by 2050. Predator Free 2050 Limited is an operating company which puts the programme into action. Achieving this goal is expected to deliver benefits for the social and cultural links with our environment, for our regional economies through primary industries and tourism and for our threatened native species.

What is the impact of introduced predators on New Zealand’s native species?

New Zealand has the highest rate of threatened species in the world. Around 81% of our birds and 88% of our reptiles are endangered, with rats, stoats and possums the biggest culprits contributing to the endangerment of these species. Most of our native species are not found anywhere else in the world.

How will Predator Free 2050 achieve its goal?

The use of new technology and the coordinated and collective impact of individuals, communities, central and local government, iwi, OSPRI, philanthropists, non-government organisations, businesses, science and research organisations, and land owners, are considered essential to success.

What will the programme cost, and how will it be funded?

Aligning all the work currently underway towards a common focus will result in a programme investment estimated at more than $3 billion in the period to 2050. That figure is made up of $70 million per year (or $2.4 billion over 34 years) currently spent on predator control by central and local government including $40 million by OSPRI, $10 million-plus by regional councils and $20 million in a normal year by DOC.

Some $7 million per year of new government money is expected to be leveraged by a further $12 million per year of funding from councils, businesses and philanthropists in additional investment in projects and research, totalling approximately $600 million in the period to 2050.

Who takes responsibility for the executive management of Predator Free 2050?

Respected businessman and conservationist Ed Chignell has been appointed to the role of CEO. He is initially tasked with producing a strategic plan and coordinating multiple stakeholders to execute on the company’s vision.

Who are the stakeholders?