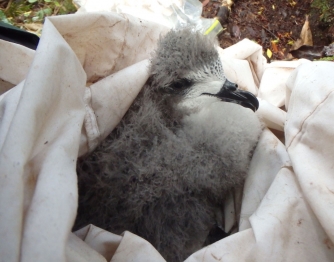 Three hundred years ago, Te Matau a Māui/Hawke’s Bay was a landscape of coastal estuaries and bush that rang with the sounds of countless native birds. Today many native species have been lost from the area or are struggling to survive.

Our vision is to support native species to flourish, both those lost to the area and the species that remain. By doing so, we hope residents and visitors can begin to understand what this region once looked like. We believe we can unite the past with the present to restore biodiversity in Hawke's Bay and set a precedent for the future of New Zealand.

If you want to find more about the research head to our resources page.

We are currently restoring three culturally and ecologically-important species to their indigenous region of Hawke’s Bay using a method called translocation. Through the Poutiri Ao ō Tāne project, we are reintroducing birds including seabirds that bring nutrients and a cultural connection back into the Maungaharuru Range and its people:

We successfully translocated 336 tītī and 364 kōrure chicks between 2013 and 2018 after building predator-free enclosures and carrying out extensive trapping. Both tītī and kōrure adults have now returned to the range which is globally significant as the most inland site seabirds have been reintroduced to.

An aviary was built within Boundary Stream Mainland Island to house kākā prior to release. So far, we’ve released 21 birds with bands for identification from the aviary. Over the 2018 summer a kākā nest was discovered near the aviary with un-banded parents which means that the birds are now breeding successfully in the wild. 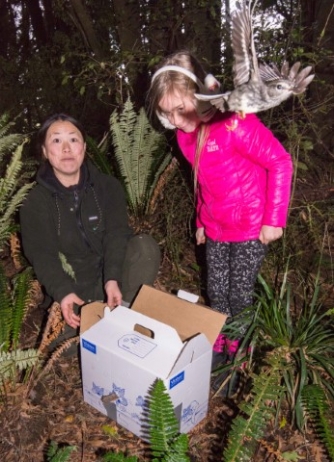 In 2015, toutouwai (North Island robins) and miromiro (tomtits) were released from Poutiri Ao ō Tāne onto a reserve in the Cape to City footprint. Unbanded toutouwai have been seen several times across the Maraetōtara plateau indicating their translocation was successful and they have successfully bred.

Native birds, invertebrates and lizards are all part of ongoing monitoring within the Cape to City project area. We'll know we are achieving our vision when these species are once more regular inhabitants of the Cape to City footprint.