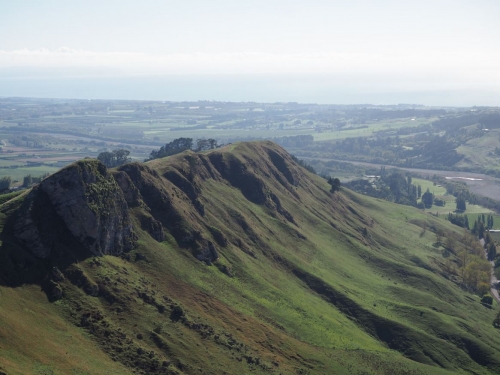 A case study was one of the first topics to be included in the research programme of Cape to City and Poutiri Ao ō Tāne. A social researcher followed the progress of the team running and governing the project. They observed through documentation and interviews how the team navigated change and growth over a five-year period. Below is a snapshot of what they found.

The team have succeeded in achieving many of their objectives, learning a lot along the way which has been shared with others to support similar initiatives being developed throughout New Zealand and other ‘predator free’ programmes.

Through six workstreams, significant achievements have been made. Tītī and kōrure are returning, toutouwai/robins, and kākā are breeding successfully. As at March 2020, just over 250,000 native plants had been planted and 38,000 ha were actively involved in predator suppression. It is encouraging that, 90% of landowners engaged positively with the projects.

The project team found it useful to reflect each year on eight principles. These principles provide ingredients for success but are not a recipe.  Similar projects will need to be responsive to their existing organisational arrangements, their biophysical and cultural context plus funding commitments. Only key principles can be transferred across sites, not the whole programme.

Much of the success of Cape to City and Poutiri Ao ō Tāne is because of strong leadership, collaboration, long-term thinking, clear vision and a focused work plan. Adaptation, learning-by-doing, trust, and working with many different values helped to navigate people’s world views and foster teamwork.

Three examples of these principles in action

Adaptation and resilience: The Cape to City and Poutiri Ao ō Tāne programmes were designed as pilots and experiments.  A culture of learning and adaptation has been strong right from the onset. Fairly quickly, identification of risks and potential surprises became regular practice for all themes through the formal reporting and meeting procedures. By 2016, a good number of surprises had been navigated; here’s one example:

“What I like about this project is that it’s designed to try and anticipate surprises, and a good example of that is the backlash with catching domestic cats. And so, what’s been done is they’re offering a chipping service where you can chip your cat – you know, a microchip. So, if they catch a cat and they scan it and it’s got a chip, they know to release it.” [Transcript #18]

This interview shows that the team are developing ways of working that accept surprises and change will occur, and attempt to anticipate them.

Leadership: The importance of the governance was highlighted in an interview:

“One of things about the governance group is you absolutely have to have the right people on board…So, the first very strong lesson would be, right at the start, being crystal clear on the high value that they can drive in the project…we've got a really good mix of people…. Influence, ability to influence at a senior and political level, organisational and resource level. That's one thing. Political: being switched on politically. Also, depending on the context, being able to connect back into the fundamental things that drive success. So that's about farming community, because that's fundamentally – the idea doesn't work without them.” [Transcript #13]

Leadership is a core strength of Cape to City and Poutiri Ao ō Tāne. The leaders have worked hard to build trust, mobilise support, and strategically communicate the vision.

Reflexive insight, learning and gauging success:  Annual reflection was enabled through the interview process and research hui.  In 2017 it was noted:

“At our last get-together down in Lincoln, we took our four hapū members down there and we had a range of people across Landcare Research and the project team there, and it was really interesting to see the penny drop in a number of researchers about the actual perspective of Māori and the value and importance of that in their research context. There were researchers there saying, "Oh, actually, I now understand a whole lot better. It's not about–" was the words one of them used. So, it's about, "How can what I do, as a Western researcher, actually contribute to what you want and your holistic view of research and the environment, mātauranga Māori”, as opposed to, "I've got something to deliver and that's where it's at”. And it was quite remarkable to sit there and look at the penny drop across four to six key people who've been involved for a number of years, and who, if you went back six years, probably were articulating, at the very least, a bit of a confusion as to how the two worlds met. So that was also both a surprise, but a really pleasant one, and a significant transition over a 5- or 6-year period for those scientists.” [Transcript #28]

As a pilot and proof of concept, the projects embraced a learning-by-doing perspective. However, it did not fully develop its capacity for ongoing appraisal at multiple levels by including monitoring of processes, progress, and outcomes.

Recommendations for other projects

Based on the experience of  the Cape to City and Poutiri Ao ō Tāne project management team  they recommend that similar initiatives do the following: